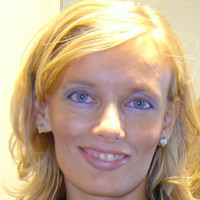 Andriana Prentza, PhD, is Full Professor of Software Engineering at the Department of Digital Systems of the University of Piraeus, Greece. Andriana received her Diploma in Computer Engineering and Information Sciences and her M.Sc. in Biomedical Engineering from the University of Patras, Greece, and her Ph.D. degree from the Eindhoven University of Technology, Eindhoven, the Netherlands. She is very actively involved in a number of European and National R&D programs focusing on Information Communication Technologies (ICT) projects and she serves as expert evaluator and reviewer for the European Commission and national R&D programmes. She is a Senior Member of IEEE and a member of the Technical Chamber of Greece. Andriana has been working on interoperability between heterogenous environments across different countries, domains, and actors, based on open standards in the areas of eGovernment and eHealth. Since 2010, she has been participating in Large Scale Pilot projects (LSPs) in the area of eProcurement and eGovernment focusing on interoperable building blocks for public services. In the e-SENS and TOOP LSPs, Andriana was involved in the establishment, coordination, monitoring and evaluation of pilots across different countries between organizations, mostly from the public sector, using solutions based on open standards, such as the CEF Building Blocks. For the last two years, Andriana is also leading the Reference Architecture group in the TOOP LSP. Since 2017, Andriana is a member of the Change Management Board (CMB) of OpenPEPPOL in the pre-award procurement community which is responsible for introducing new specifications and maintaining the existing ones.